Ever since Jayson Tatum and Jaylen Brown have come onto the scene, it seems as though Boston has struggled to find the correct players to put around them to push them over the top.

Kyrie and Kemba were supposed to be the veteran guards to steer the ship in the right direction, Hayward and Fournier were supposed to be the wing depth that was able to supplement the Jays and put them over the top, but for whatever reason, be it fit, injuries, etc., the perfect final picture was never framed. So with Kyrie, Kemba, Fournier, and Hayward all departed for new homes, where does the NBA’s most storied franchise go from here?

Last season, in a year marred by injuries, Covid related issues, and chaos, the Boston Celtics struggled to a 37-37 record, good for 7th place in the Eastern Conference. For a franchise bathed in NBA lore and glory, a 7th place finish and a subsequent first-round exit are simply not up to standards, so naturally, changes were made in the off-season.

Kemba Walker and Evan Fournier both made their way to New York, Semi Ojeyle found a new home with the NBA Champion Milwaukee Bucks, and Tristan Thompson was traded to Sacramento. In their places, Al Horford and Enes Kanter made their respective returns, Josh Richardson, Kris Dunn, and Dennis Schroder were all added for guard depth, and suddenly, the Celtics identity looks vastly different.

While these additions all have their upsides, and I believe many of them will help the Celtics perform much better in the upcoming season, the biggest addition to this team is the growth and development of last year’s first-round picks Payton Pritchard and Aaron Nesmith. 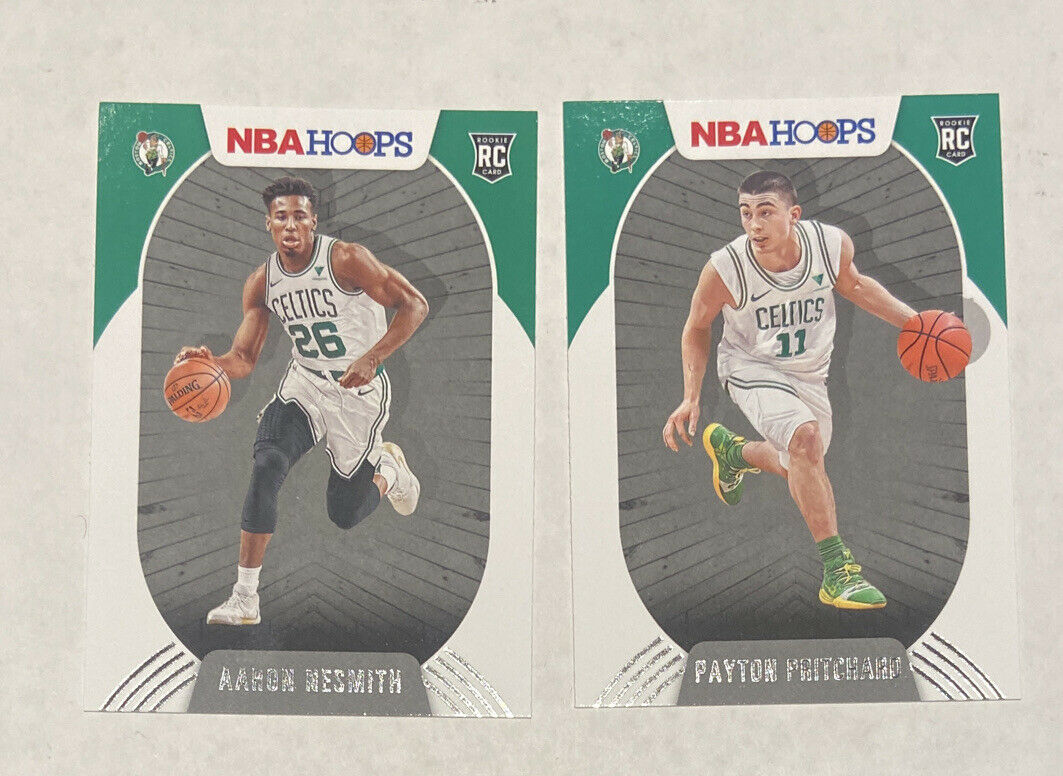 While the new-look Celtics have a much more defined defensive identity now, the question must be asked, where is the floor spacing coming from?

In 16 games with Boston, Evan Fournier shot 46% from 3, while scoring 13 points per game, in 29.8 minutes of action. Kemba Walker scored 19.3 points per game while shooting 37% from 3, in 31.8 minutes per game. Replacing 32 points a game, while maintaining similar efficiency won’t necessarily be easy, but I believe Boston has the personnel to do so.

In addition, he shot 46.7% on catch and shoot 3s, showing his ability to knock down long-range shots all over the court, regardless of the situation. Even if he gets knocked off the 3 point line, Pritchard showed an above-average ability to finish at the rim, shooting 60% in those situations. (55th percentile).

I believe that in a higher-usage role, Pritchard could be one of the league’s best perimeter shooters, thriving off the open looks he’s going to get from Boston’s stars. Pritchard is an above-average playmaker as well, which may not have been as evident last year, due to some of the lackluster units he was given minutes with. A more consistent role could be the key to unlocking the best of the 2nd year man from Oregon. “Absolute Sniper” is how Aaron Nesmith described himself shortly after being drafted by the Celtics, and due to his track record and credentials, it’s hard to argue with that, considering his senior year at Vanderbilt, where he shot a scorching 52.2% from 3 on 8.2 attempts per game.

The man that Jay Bilas labeled as “the best shooter in the draft” last year, responded by shooting 37% from 3 as a rookie, but that number doesn’t tell the true story of Nesmith’s ability and potential.

Inconsistent roles, playing time, a lack of summer league and training camp, and the usual rookie wall all led to Nesmith getting off to a slow start, but when he finally started to put it all together, there was no looking back.

Over his last 16 games of the season, Nesmith shot 44% from 3(43% on above the break 3s, 45% on corner 3s).  He also shot 39.8% on catch and shoot 3s for the season. Despite early struggles, Nesmith was still able to put together 44/37/79 shooting splits as a rookie, despite all the obstacles in his path.  Much like Pritchard, even when forced off the 3 point line, Nesmith showed a well above average ability to finish at the rim. (69% at the rim, which would rank him in the 80th percentile, based on position.) 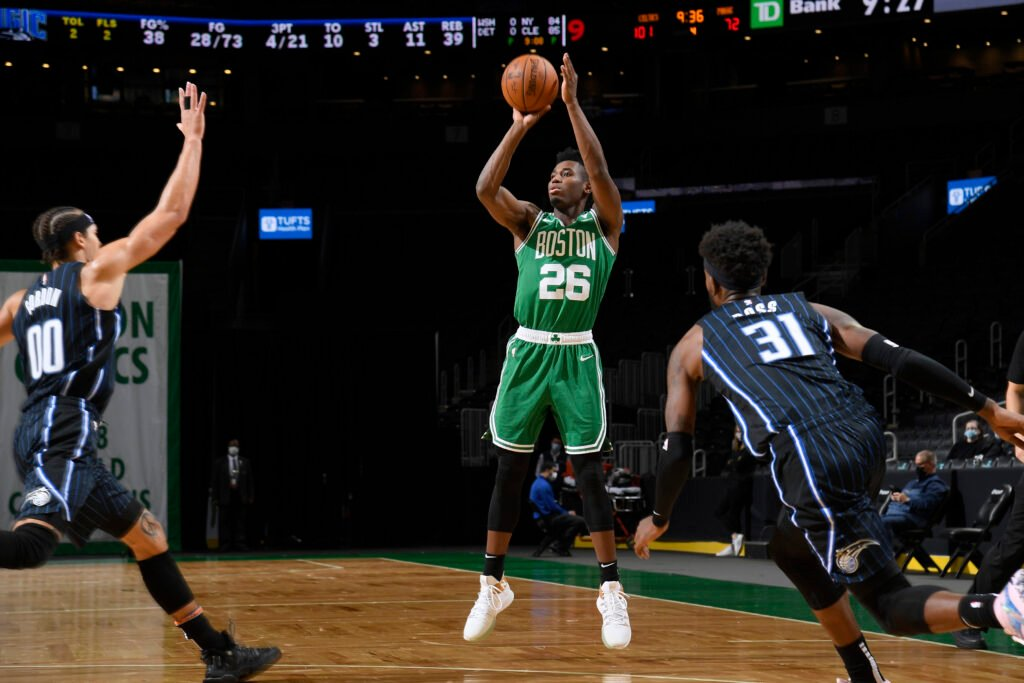 While Jayson Tatum and Jaylen Brown are the faces of the Boston Celtics, and rightfully so, the roster aiding them is just as important. While the overwhelming narrative is that Boston has allowed so much NBA talent to walk for nothing, I believe that 2 of the most important keys to the Celtic’s success could already be in the building, in the form of Fast PP and Aaron Threesmith.

A full year of training camp and summer league could be just what the doctor ordered for the growth of last year’s rookies, and more importantly, one of the key stepping stones towards banner 18.