Kevin Love is done in Cleveland. Whether that’s fair or unfair or what your thoughts are on the situation; that is the situation Kevin and the Cavaliers have been in for years now. Last night was just the latest in what has been a series of lashings out from a frustrated player who obviously wants to play with a contending team stuck on a team that can’t find value in a player with his contract and injury history the last few years.

When Love signed the contract extension with the Cavaliers after LeBron left (structured to be max level for two years then stay steady before declining the four year; always an appealing trait) the majority of the NBA world assumed it was a matter of when, not if, Love would be suiting up for another team. Instead, the Cavs overplayed their hands and continued to ask for more than teams were willing to give for the former NBA champion who looked to be at the tail end of contributing at a starter level for a championship contending team.

Instead, Love went from the high of contending for titles with one of the two best players ever to the low of rebuilding with young guards who aren’t traditional point guards. For someone who admittedly struggles with mental health, this has visably taken its toll on him over these last few years.

I relate on a personal level to the type of depression Love talks about here. That random fire that is always kindling, just waiting for the winds to blow just the right way and for something to set everything ablaze. Picking fights out of thin air, self destructive behavior, seemingly random bursts of rage or sadness. And going on that rollercoaster of high to low combined with the fact he has the deal with the fact he himself is slowly deteriorating into a role player is going to be something even a stable person would have difficulty coping with.

But someone like Love or myself? It’s like just waiting on one of those fireworks that doesn’t go off when the fuse finishes and you know it’s going to explode but when and how much is anyone’s guess. That inbounds tap or the aggressive pass after Collin Sexton missed a mismatch are the bigger explosions that the world sees but I’m sure this is something that simmers within him on a daily basis.

Kevin Love isn’t the first player to talk about dealing with mental health and won’t be the last. Between himself, DeMar DeRozan, Paul George, and Kyrie Irving there are plenty of big name players shining a light on the mental health challenges faced by some of the games best players. But Kevin Love’s situation might be the first publicly acknowledged mental health situation so toxic between a player and team that forces a team to trade a player because of how badly that team is dragging down a player’s mental health. 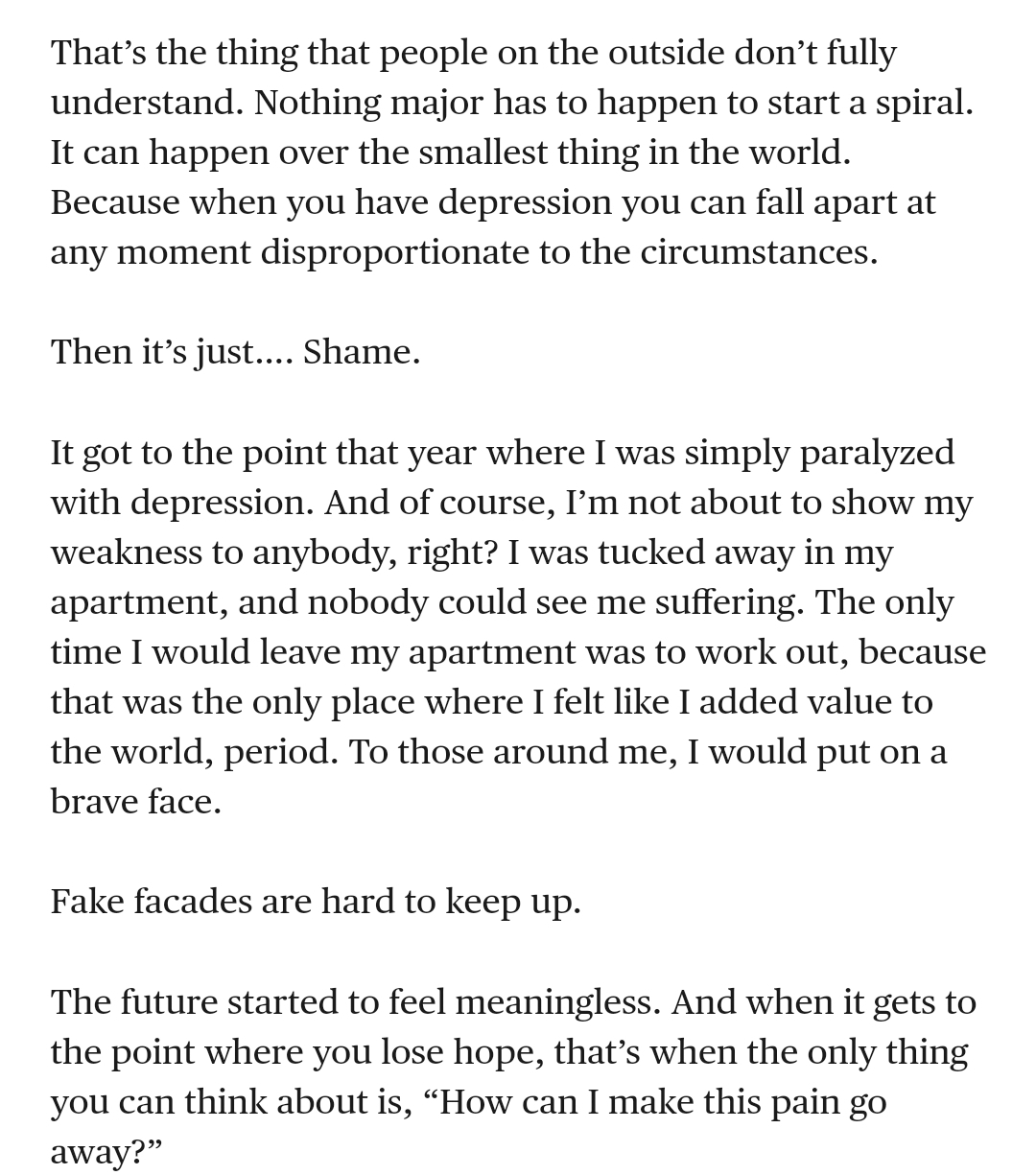 These outbursts are the culmination of spirals started by what were probably the smallest of things just like Love talked about above. Frustrations with his teammates, his situation, and his own abilities just boiling over into raw emotion in his outlet of choice his entire life. Cries for help due to emotional distress from a brain that wants to cannibalize itself with negative thoughts and darkness.

Once might have been a bad day. But it’s clearly become a pattern and Love and the team itself deserve a split so both can move on and heal from what has clearly become a toxic, negative relationship for both parties.

I’m not excusing Love’s actions; “being mentally ill is not an excuse to act like a jackass” is one of my favorite Pete Davidson SNL quotes and fits perfectly here. But what I’m asking for is some understanding and an attempt at making society more accepting of mental health not only just in terms of awareness but in dealing with when people have issues and not demonizing them.

Kevin Love isn’t the victim but he isn’t the villain; he’s just a regular guy struggling in a world that is often too harsh and cruel and unforgiving.