When we look across the league, there isn’t one point guard that shoots as poorly as Russell Westbrook. Teams haven’t indicated any of these types of issues with their All-stars or rookies. Not one player comes to mind as easily as Westbrook’s name does and that can’t work, as his inability to shoot has turned him into an in-game outcast.

We aren’t talking about Westbrooks determination, nor are we questioning his commitment to the game. For his entire career Westbrook has given the game his all, using his attitude to determine his latitude. It’s the driving force to his success. He’s constantly been motivated by his doubters and critics who’ve continued to poke at his deepest flaws. A dedicated Westbrook is the most invigorating thing to witness on an NBA court as well as he is a testament to those who look for NBA players to model after. Westbrook has willed his way to league MVP, a Perennial All-Star, an All-NBA player, and a member of the league’s 75th Anniversary team. But, let’s face it, those are all individually generated awards that don’t say much about him when it comes to playing alongside future Hall of famers.

For a 33-year-old player who is on his fourth team in four seasons, it’s been bothersome to acknowledge where his Greatness stops. We’ve played into his triple-double narrative so much that now we’ve grown annoyed by it because there’s areas of his game that have affected his former teams and now his existing team which is the Los Angeles Lakers.

Westbrook’s triple-double worthiness has grown ineligible. It will continue to be that way if cannot play the game efficiently, hit mid-range jump shots, connect on easy layups around the rim, or properly run a pick and roll set without losing the ball and blaming It on his hands. The days of Westbrook winning us over with insane stats are now non-existent because when playing alongside a Lebron James, life on the court should be easier and less complicated than any other team he’s been on, right?

Strangely, that may have pointed out the problem here. Westbrook is only Westbrook in situations where it allows him to fully embrace his inner-reign, he needs to exercise his limitless attitude in order to fully get into character. On the Lakers he isn’t as free as we think. Freedom to Westbrook means free to make all of the mistakes in the world and then make up for it with immense energy and grit.

Let’s assess this further to fully understand the gist of what’s being said.

When Kevin Durant left OKC for the Golden State Warriors in 2016, Westbrook was able to unleash into what has now formed his reputable career. In that very same season he averaged a triple-double and surprisingly averaged a career best from the three point line, shooting  34.3%. His 3 point percentage declined but his triple doubleness carried on for the next two seasons until he was traded to the Houston Rockets in 2019. Westbrook and Durant’s time on the court together showed some promise but for eight seasons KD took the brunt of Westbrooks inefficiencies and tried to overcome it until he couldn’t take it anymore. Westbrook wasn’t ever known as a shooter, although his strong will may have fooled us into thinking that in certain moments.

In hindsight, Kevin Durant may have taken all of those years of falling short in the playoffs and finals as enough of an excuse to join the already well assembled super team in the Warriors, which Westbrook took as complete disrespect. Westbrooks disappointment in KD combined with his tenaciousness may have just given birth to the Triple-Double lord that we have grown accustomed to over the years.

However, We must recognize the pattern throughout Westbrooks career. Before Westbrook joined the Rockets in 2019, the Rockets were a competitive team for quite a few years and that largely was due to James Harden having kept them in the playoff conversation with his insane scoring ability. Winning league MVP in 2018 was a unanimous earning, as he averaged 36.1 points 6.6 rebounds and 7.5 assists. Chris Paul had much to do with that team’s success as well, until his luck ran short once again, suffering a hamstring injury in the Western Conference finals at the end of game 5 against the Golden State Warriors. 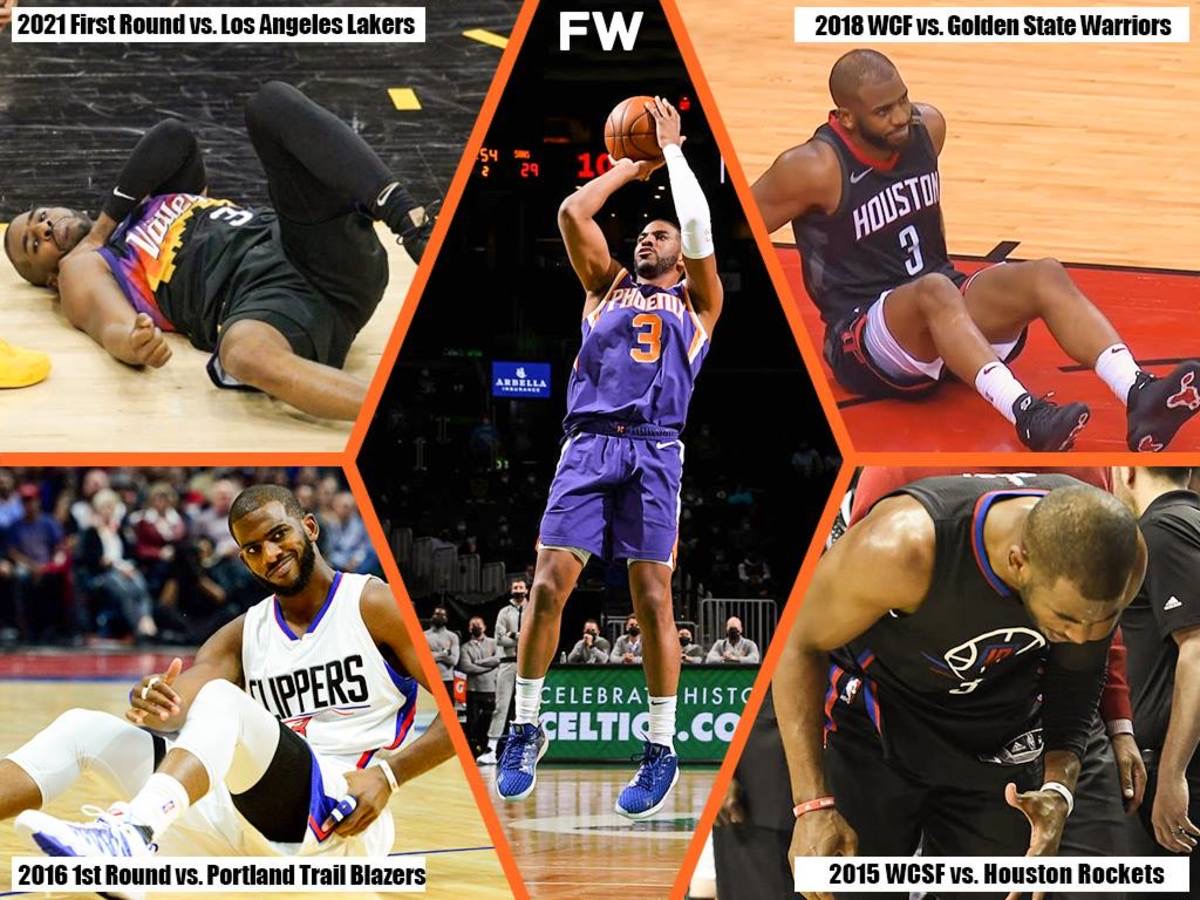 Chris Paul’s two-year marriage ended abruptly, eventually to find himself traded to the Oklahoma City Thunder. At the time Westbrook sounded like a more fulfilling fit over Paul who couldn’t manage to stay healthy in big moments. Meanwhile Russ had come off of an MVP year in 2017-2018. For a short while, we had been hypnotized by the hype that surrounded the new look for the Rockets for two reasons. The first reason would be that Westbrook and Harden had already gained some familiarity from the two being on the same team in their younger Thunder days and that their friendship had gone back as far as their AAU history. 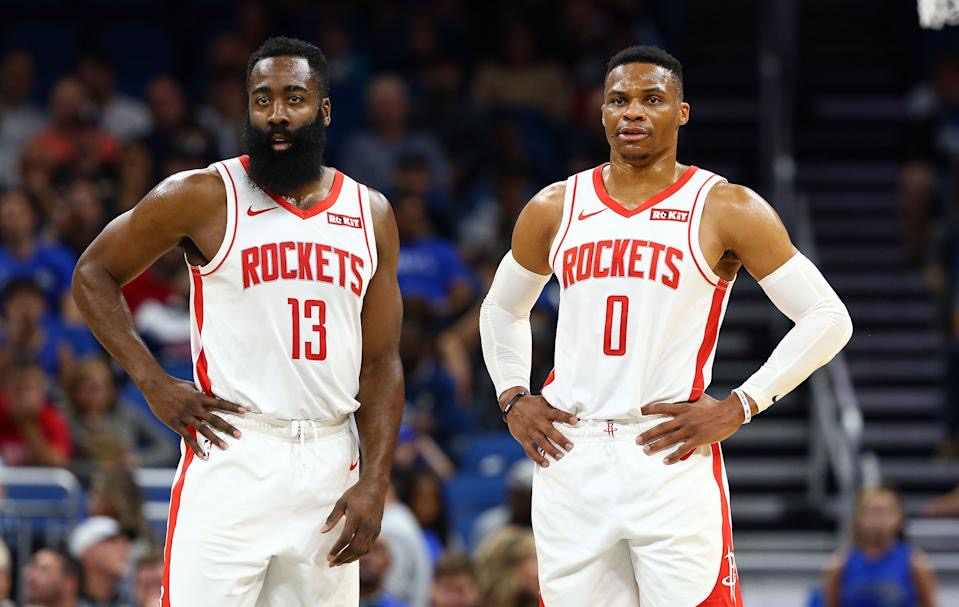 Westbrooks short stint in Houston wasn’t all bad, but we expected a lot more out of the two MVP’s. As much as Westbrook helped the team with his relentless athleticism and bursts of late game takeovers, he still has always been a liability from a shooting perspective. It’s safe to say that the small ball lineup that the Rockets played with, helped Westbrook thrive in a fast paced D’Antoni system that was pretty much catered around the strengths of having him out on the court. The Rockets were a known threat from the three point line, which had granted Westbrook the freedom he felt was necessary to get away with a non-existent jumpshot. If it were different, and Westbrook shot the ball with greater efficiency from both the field and the three point line, then perhaps they would have given the Lakers more trouble in the Orlando Bubble.

Highlighting that fact may give us more insight on how difficult it is to play with a player that brings on so many other challenges. He’s truly an anomaly. Westbrook isn’t the conventional point guard that controls the pace of the game and makes timely decisions. Westbrook requires everyone to keep up with his force and then gets frustrated when everyone can’t go 1000 mph. Years and years of coaches and organizations condoning Westbrooks intense nature is the reason why his position with the Lakers hasn’t been what we’d hoped it would be.

Westbrook is still the same triple-double addict who hasn’t been held accountable enough in his career. In reality this reflects on his tendencies to turn the ball over so much and create unforced results when they’re ways to simplify the game. Maybe it’s the success he’s felt in the past that has gotten the best of him, so now that when he’s surrounded by other great players, he’s now lost in basketball translation because he isn’t the number one option anymore. He continues to prove that he cannot adapt to anyone, but sadly his teammates around him must do so.

Without shooters surrounded around Westbrook and once upon a time it was Lebron James, it reveals the reason why he’s one of the most polarizing athletes in the sport. He’s the best person to watch when he’s feeling good and playing well but the most disappointing Superstar we’ve ever seen when he’s playing like he is this season.

Aside from currently averaging the most minutes in the NBA, In the past four games Westbrook has made 15 of his 55 field goal attempts, averaging 10.5 points a game. When he’s around the basket he’s finished 10 of 31 times in the paint (32.2%), allowing teams to cheat on defense because they don’t believe in his jump shot nor are opponents pressured by his presence when they can predict how he’s going to get to the basket. When defenses can shrink the floor to tease him into making bad shots and settling into his impulsive habits, the momentum the Lakers try to sustain is easily wiped away within a few possessions because he doesn’t do enough on the defensive end. He’ll commit a turnover then blame it on the rim like it forced him to, then he’ll walk into a slow jog down the court. Or, He’ll commit a turnover off of poor handle penetrating into the paint and force an unnecessary team foul that could’ve been avoided in the first place if Westbrook had not been so impatient.

An interesting stat that caught my attention in reference to how Westbrooks poor shooting has humiliated the Lakers is one that includes ball dominant guards which Westbrooks falls into the category of. 14 players this season have made more than 100 threes from at least 24 feet away, better than a 35% clip. And because he is not a part of that list, his game lows look horrendous when magnified and the team becomes a product of Westbrooks KRYPTONITE.

Westbrook can do all the superhero rebounding and assisting he wants but this does not mean his shooting percentage will miraculously go up. To really put things into perspective, Westbrook has attempted 148 three-pointers and has only connected on forty-three for the season. It’s absurd to see him shoot a three and it usually results in a transition bucket for other teams because his shots are so off. Westbrook has tried taking the big shots, he’s tried making backboard shots, he’s tried taking over games, he can’t shoot free throws and what’s worse he’s become a non-lol factor in the midst of Anthony Davis being out.

The frustrating thing is that his weaknesses aren’t tolerable on championship minded teams. That may also be very depressing to say and hear about a player that plays with so much passion and love for the game. Yet when you find your way back down to earth from triple-double LaLa land, you then realize he’s shooting 66% from the Free Throw line!

As you can see dominance in only three categories isn’t everything! Westbrooks struggles have even tripped GM alarms. He’s performed so poorly that his trade value is the lowest it’s ever been. However, we cannot blame team GM’s for having higher expectations in someone who’s in his 14th year in the NBA and still possesses an explosive first step. He shouldn’t have any problem with A.D and James but since he is, this is why we’re speaking on the matter.

What we can only hope for is Westbrooks’ late season surge to finally kick in and then all of our respect for the man can be restored. In his last three consecutive seasons, he started the season off poorly and went on monstrous runs to end season’s. That’s the Russ that’s won back the hearts of fans and changed the minds of critics. Westbrook did exactly that in his first and only season with the Washington Wizards in 2020-2021, where he and leading scorer at the time, Bradley Beal almost made it out of the play-in-tournament. Westbrook averaged a triple-double for the fourth time in five seasons, averaging 21.9 points, 11.2 rebounds, and 11.0 assists per game. Those stats and the run he and Beal went on together is what ultimately won Lebron and the Lakers over. Everyone, including myself was so blinded by the triple double that all of Westbrook’s Inconsistencies somehow had once again been forgotten. 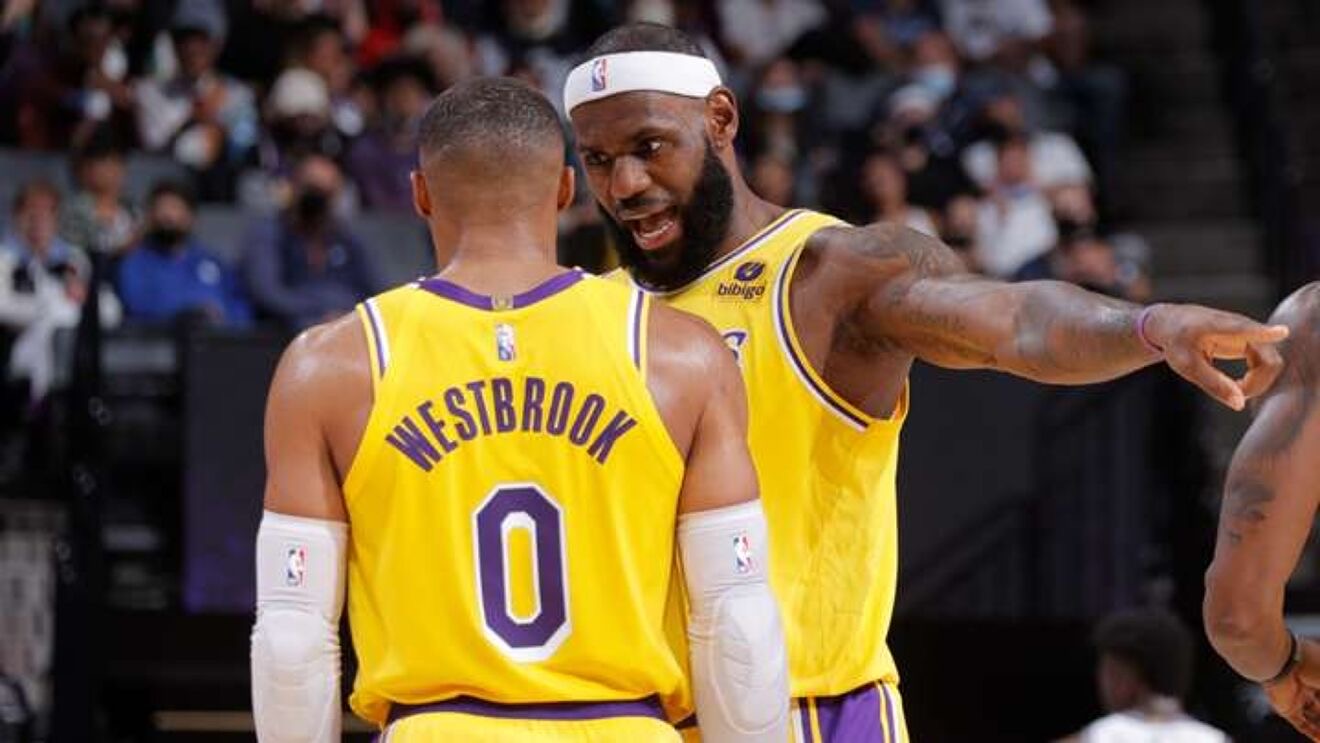 If Westbrook cannot get this right alongside players as great as Lebron and AD, then his legacy can only be defined by his stats. Unfortunately, I hate having to continue to rain on Westbrook’s parade but if you notice on the list below, there are six players who’ve won championship(s) and they all have been able to generate triple-doubles at the very same time.

There’s no more excuses that can be made for Russ.