While Philadelphia 76er Ben Simmons still looks to be shopped by other teams, superstar center Joel Embiid has risen to the occasion. Embiid looks more sure of himself and a lot less constricted by his, soon to be, former running mate in Simmons, who may have been cramping his style this entire time. With an increase in responsibility, Embiid has been forced to carry the 76ers and he doesn’t seem to be letting up. He ranks third in points at 29.0, 10th in rebounds at 10.8, and still manages to spread the wealth, being second on his team in assists. Embiid has fully embraced this season and has dominated the way we know he can (when healthy of course).

Without significant scorers, aside from teammate Tobias Harris, a 7-foot 280-pound Embiid leads the NBA league in clutch scoring and has led the 76ers to 6th in the Eastern conference standings which can easily change with there being only 36 regular season games remaining on the schedule this season. A synergized Embiid has put his skills on full display. He’s scoring and distributing the basketball in a plethora of ways.

Whether it’s with his back towards the basket, drawing double teams and knowing when to dish out, or his ability to run the floor in transition and use his presence to offset his opponents who attempt to limit his touches. Embiid knows what is required of him to win basketball games and it has shown in 15 of his last 18 games where he’s put up 30-plus points in each contest. Witnessing a 7-footer with a motor as gigantic as his body is statured, it reminds me of only one other player in the league and that’s Bucks superstar Giannis Antetenkounmpo. Both players are capable of initiating a one-man stampede, but Antentounkumpo has displayed this skill enough that it eventually won him his first championship. Embiid has yet to show us this array of skill, until now.

There are a number of reasons why this 76ers team should’ve already been at the bottom of the East, but surprisingly, a Simmons-less 76ers team has worked out in Embiid’s favor. It is safe to say that Embiid has been possessed with a new found determination and hasn’t allowed any off-court distractions to decide the teams fate. Being the number one option has strengthened Embiid as a player. He is now learning to be more ingrained in his decision making. He’s never had much trouble utilizing his size and dominance, but now he’s even doing that with vigor, purpose and poise. With Embiid’s relentless activity being felt on the offensive/defensive end, the 76ers rank 11th with a defensive rating of 109.5, while being 10th in offense (111.6).

Embiid shared a telling statement that informs us of how comfortable he is being in such a position with little to no help.

“This year I have more freedom to be able to bring the ball up or push it up in transition. The previous year, we had someone that was so good in transition that you had to get the ball to him, ”Embiid said.(NBA Central, 2022)

The twenty-seven year old Embiid hasn’t shown any hesitation this season. It’s obvious that critics had not seen much success for him without a sidekick, but now we can actually assess how impressive he’s performing without a big two or big three featured on his team. Embiid’s success is beginning to sound pretty MVP worthy and for those who don’t think so can now start paying more attention to the Cameroonian native, who has shown undeviating effort to keep his team in the conversation. We cannot forget that the All-Star center was the runner-up for MVP in 2021 amongst some elite company in Antetokounmpo, Curry, and the decided MVP in Nikola Jokic.

To question Embiid’s devotion to his team or the sport itself may have been a legitimate inquiry once upon a time, however, we’re seeing Embiid evolve right before our eyes. Yes, it is true when they say with power comes great responsibility, but Embiid has taken his game to new heights. There is no one on his team that can resolve the pressures of him having to do everything and, because of this, Embiid has truly adapted to the circumstances.

Embiid is shooting nearly 40% from three-point range and nearly 50% from the field. He’s also in the best shape we’ve ever seen. Earlier in his pro days, he had been hindered by injuries that many thought would have kept him out of future debates, despite his talent and what he could potentially bring to an NBA team. So when we chose to look into Embiid’s future, concerns of his health would appear to be the deciding factor in his success, just as much as it is a part of anyone else’s.

Credit to Embiid who eventually grew more conscious over his body. We can probably thank those losses in meaningful playoff games with the combining fear of experiencing untimely injuries like he’s been known to suffer from in the past. Embiid remembers those days vividly and has taken the proper initiative in making sure he minimizes his chances of getting injured again. He described it as a wake-up call that influenced him to change the way he went about taking care of his body.

“It goes back to two summers ago. Before last year, when I really decided to work out every day. My body, working with the nutritionist, having a team to try and figure out the best way my body needed to be. But I didn’t lose any weight. We just changed a bunch of stuff, especially when it came to what I was eating. The goal was to make sure my body felt great and to be able to be available every single night,” said Joel Embiid. (McCormick,2022)

For as long as we’ve been wanting the third pick in the 2014 draft to embrace his NBA career like he is now, we should applaud Embiid for his ability to make the changes necessary to prolong his NBA career. A healthier and more mentally prepared version of Embiid has not only changed the “injury-prone” label, but has also shown why he deserves a teammate that pushes him to be better. It’s hard to believe Simmons is at that stage of maturity and if he was, perhaps the professional relationship between the two could be saved. However, Embiid is proving that he can do without the three-time All-star and perennial defensive player of the year candidate.

If Embiid continues to sustain this level of play, the Philadelphia 76ers will attract some notable names in the future. GM Daryl Morey wants to treat the Simmons stakes as a decision that will ultimately change the caliber of the roster, whether it is trading for pieces or one super piece that will compliment Embiid in the best way possible. Morey explains why he hasn’t been eager to deal Simmons just yet. On January 24, 2021 the Athletic reported that Morey doesn’t mind skipping out on the trade deadline (Feb.10), since he has intentions of acquiring James Harden at some point in time. 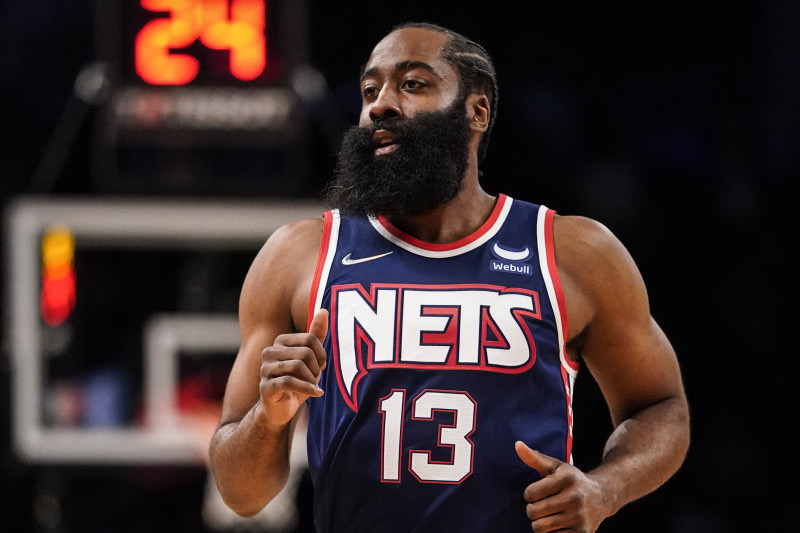 Morey will eventually have to come to a conclusion in order to get Embiid some help. These are precious minutes being spent on what some may believe is actually hurting Embiid. Former Sixers guard, J.J Reddick put his two-cents into that of the Simmons ordeal and expressed it is an issue that needs to be dealt with already.

“I don’t know how you can justify wasting this year of Joel’s prime when things across the league feel fairly wide open,” Reddick said on his podcast, The Old Man and The Three.(Grasso,2021)

Reddick also alluded to something that may have outsiders questioning Morey’s tactics.

“You’ve got Generational talent in Luka Doncic. You’ve got Generational talent in Joel Embiid. These guys are capable right now. There are a lot of players around the league that get a lot of hype that I don’t think are capable right now in their career of being the number one on a championship-level team. Luka is that. Joel is that. Take advantage of that year. There is a window right now. Take advantage and be aggressive.”(Grasso,2022)

Who really knows what lies ahead for Philadelphia? There is no crystal basketball that allows us to look into their future, nor are we particularly certain that Morey will feel the same a month from now.

Meanwhile, let’s enjoy the suspense and hope for the best for Sixers franchise player Joel Embiid.